I n 2011, when the frumpy clothier JC Penney hired Ron Johnson as its new CEO, his mission was clear: Reinvent its retail presence in the image of Apple, where he’d spent the last decade designing iconic stores that became the source of its blockbuster sales. The overhaul was matched in every way to Johnson’s former employer, complete with a Steve Jobs-style reveal of new !floor plans and pricing strategies.

“What we’re trying to do is change the interface of retail,” Johnson told Bloomberg Businessweek last August, referencing Jobs’ dictum on how to improve the consumer experience. He described how the introduction of fresh product lines, coupled with sleek displays, 55,000 new mannequins, and iPod-enabled checkout system, would reel in customers. “It will be just like Apple: boom, boom, boom.”

Instead, when its earnings statement came out last week, the only thing that had gone boom were JC Penney’s sales–an even bigger slide than previous quarters, which might’ve been chalked up to transitionary growing pains. The postmortems have been harsh, bashing Johnson for misunderstanding his customer base in axing in-store promotions and commissions for salespeople.

“It was a terrible idea really from the beginning,” says Evan Schuman, a retail analyst who runs StorefrontBacktalk.com. “To have made sense, you would’ve had to believe that the shopper base was almost identical to Apple’s…Apple is an atrocious model to copy, because it created an environment that is so radically different from anything else.”

In fact, it’s not simply that JCPenney’s customers aren’t cool enough for Apple aesthetics. Rather, it’s that the chain’s category—trading in goods made by lots of different companies—is out of step with the kind of aspirational, I-want to-be-part-of-that brand-centric shopping that has thrived even as brick-and-mortar commerce has struggled.

In fact, when Apple opened its #first stores back in 2001, lots of analysts wondered just why the company thought they’d be successful–so much rent for so few products! But more inventions appeared, and the jewel box stores became magnets for buzz around super-hyped launch events, as well as urban oases where wanderers could come browse the web, play games, or just lose themselves in the crystalline depths of a Retina display. Consumers quickly learned that the Mac Geniuses would always be there to dispense free advice should anything go awry with their new gadgets, making buying an Apple product like gaining admission into a members-only clubhouse, and a go-to place for all your digital needs.

That experience, like all Apple’s stuff, was carefully engineered. The broad tables and symmetrical open !floor plan, a spatial manifestation of the company’s design aesthetic, won trademark protection last year. Beyond interior architecture, they also innovated on the sales process, allowing products to be sold on the spot by !floor reps and using software to move people quickly through the Genius Bar line. Finally, prices are constant; an iPhone costs what it costs, and there are no sales or discounts. Customers kept coming in anyway: 233 million people visited Apple’s stores in 2010, generating $2.36 billion in profits, and supplanting Tiffany’s as the highest dollars-per-square-foot retailer in the world.

JCPenney may be the most comical example, but lately, everybody’s been trying to capture a bit of that Apple magic. In 2011, Sony redesigned its stores with strangely familiar glassy facades and white interiors, allowing customers to play with devices on tables !floating in the open space. Last year, Microsoft —which had also trademarked a store design in 2011—opened retail spaces that resembled cheap Apple knockoffs in order to launch their Surface tablets and Windows 8 operating system.

“I can’t tell you how many meetings I go to where people say, ‘We want to be like Apple,” says architect Ken Gruskin, who has done several stores for Verizon Wireless, including its Apple-imitating “Experience” store in Fairfax, Virginia.

Even if they don’t copy the Mac aesthetic outright, the mission is fundamentally the same: Create an immersive experience that helps people understand how the particular gadget would make them somehow superhuman. Last August, AT&T opened a museum-like !flagship store on the Magnificent Mile in Chicago with giant wall displays, an “experience platform,” an “App bar,” “lifestyle boutiques,” and a gallery for local artists. The message: Your life can be this amazing, with the power of the software we’re selling.

Rumors have also been leaking out about Google standing up its own retail stores. Although executives have pooh-poohed the idea, it would make all the sense in the world: Google is coming out with more products, like the Pixel laptop and computer glasses called Glass, that people need to experience before clicking “buy.” Right now, Google has excellent brand recognition; it’s already insinuated itself into almost every facet of our online lives. And the company certainly knows the value of physical spaces for creating a sense of identity, if its beach ball-filled offices are any indication. A similarly immersive retail store is the only way to not only show people what they can do with a completely new kind of product like Glass, but also the kind of person they’d become, and what company they’d be in (creating not so much a store as a community center would be a great way to match Google’s ideology of openness and sharing).

“People are looking for a device that empowers them to achieve how they want to live,” says Gruskin. In order to communicate a phone or tablet’s utility, he explains, “you start to separate them by value proposition or lifestyle. A lot of times they’re the same product. they’re just presented differently”erently, so people see how they #t into their lives. instead of being about the product, you try to map them, so people realize this is a tool that’s going to make me better, more connected, more fun…. it’s not about the gadgets anymore.”

That’s much more important for the individual brands, which just need to convince you that their products are perfect; it’s #ne with them if you go buy it online afterwards. Same goes for the wireless carriers, which know you’ll need to sign up for a plan, wherever you end up buying a phone. But it doesn’t work as well for a department store, which has to manage lots of brands at once, and which makes not a dime if you turn around and purchase the same item for less on Amazon. Showrooming, as the practice is called, has been devastating for electronics warehouse like the late Circuit City and Best Buy .

JCPenney, which is now busily reinstating the sales and dropping the Apple-style checkout process, also needs to communicate a lifestyle . But ultimately, it’s a much more functional choice; buyers are more likely to hide the fact they got something from JCPenney than show it o”. Once they #find that basic sweater or pair of khakis, they can order the same version online from someone else. It may be that no army of mannequins could save JCPenney.

That doesn’t mean brick-and-mortar apparel sellers are doomed, as some Silicon Valley venture capitalists would have you believe. Shopping is still a recreational activity, and Target’s success in urban environments shows that it can work on a more compact scale. It just means that the physical retail space has proven to be more of an advantage for mobile devices than for clothing.

If phones have supplanted cars as enablers of freedom and the most important source of consumer identity, then phone stores are the new auto showrooms: A place to understand if you’re a Ford person or a Chevy person, a Mac person or a PC. You need to kick the tires and take a test drive, sure. But you’ve also got to decide whom you trust, and whose club you want to join.

I’ve had the opportunity to work with, and belong to a number of business networking groups throughout the years. My business category is GPS tracking – a category that typically doesn’t encounter much in the way of competition within any of... read more

The Executives’ Association of New Jersey is always looking to grow the membership. Guests are welcome to attend two meetings to see what we’re all about. If you’re interested in being a guest, contact Deb Yohannan at [email protected] for more information. 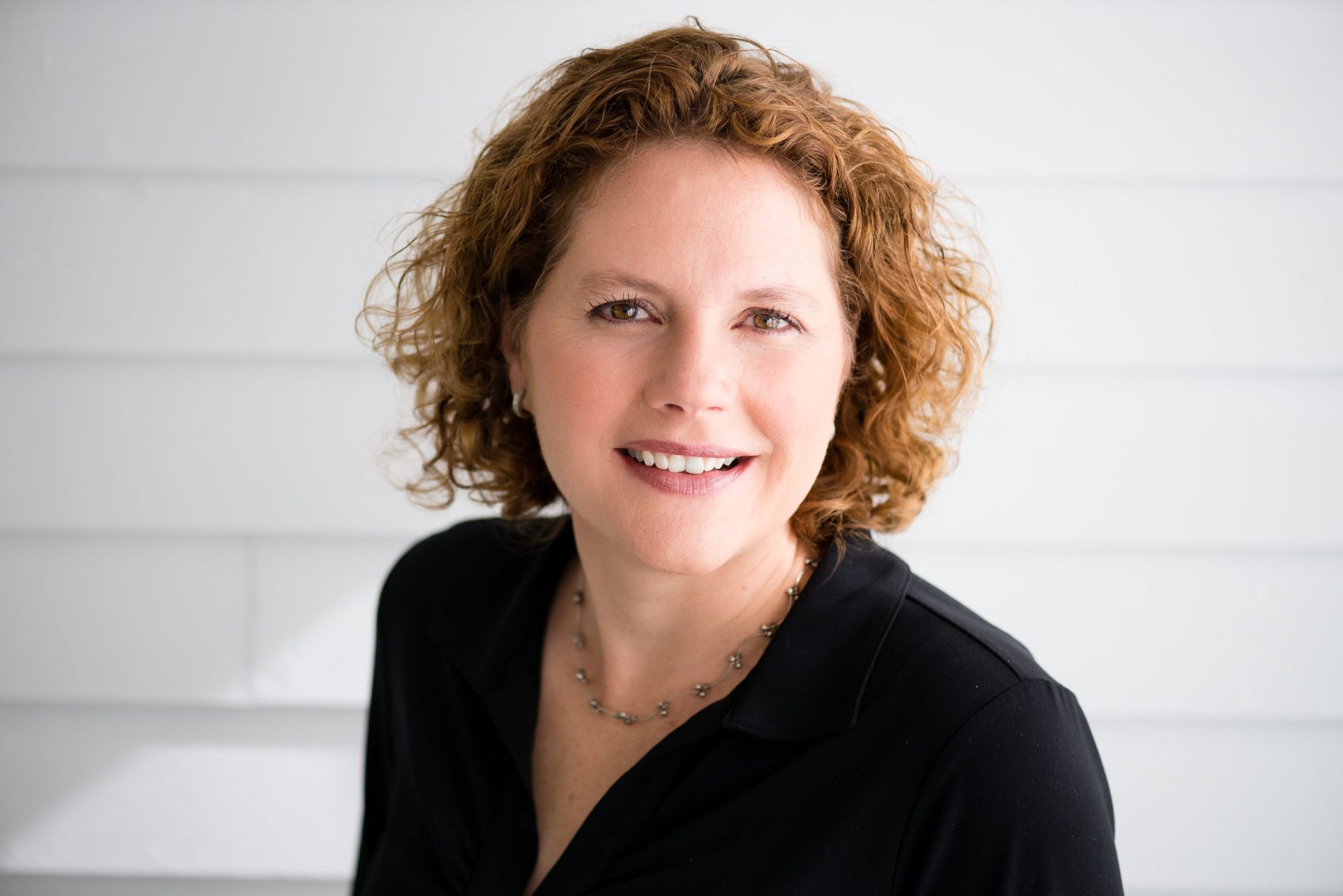 https://www.puroclean.com/rs-nj
Robin Hoy is the co-owner of PuroClean Restoration Services.  Robin is a certified presenter of...
Profile